Pioneer Cemetery is located at 501 College St. It used to be known as Public Cemetery, was later changed to Repose Cemetery and then again changed to Pioneer Cemetery. There are many slaves as well as their owners buried here. Most of the land you see without headstones contains the remains of slaves or other townspeople. With the outbreak of the Civil War, railroad accidents and people dying of typhoid fever, whooping cough, and other illnesses, the cemetery was almost to its capacity by 1861.

More than 103 unnamed soldiers are buried within Pioneer Cemetery, along with townspeople and slaves. In 1819, the First Presbyterian Church of Bowling Green established and erected their first house of worship on the south corner of the graveyard. Reverend Joseph B. Lapsley lies in the crypt where his pulpit once stood. 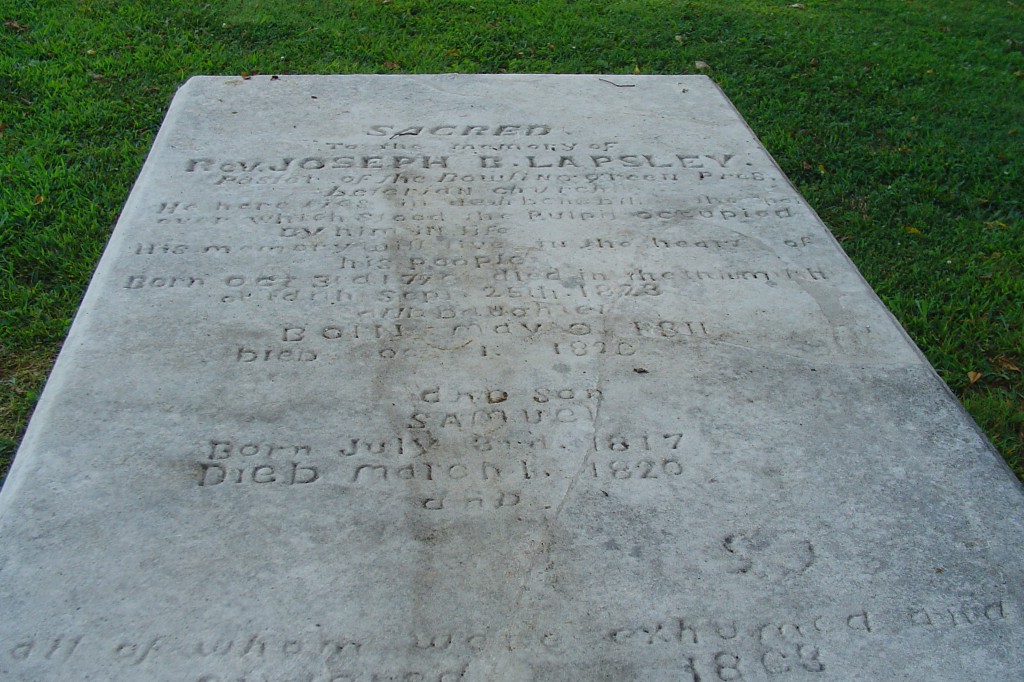 We believe the first burial was in 1811 even though we have no records to support that beginning. Two of the four lots were purchased for $50.00 at that time. The other two lots were purchased in 1829. Soldiers from the Revolutionary War, like Henry Grider, are also buried in Pioneer Cemetery. There are also soldiers from the War of 1812, the Mexican War, and the Civil War. 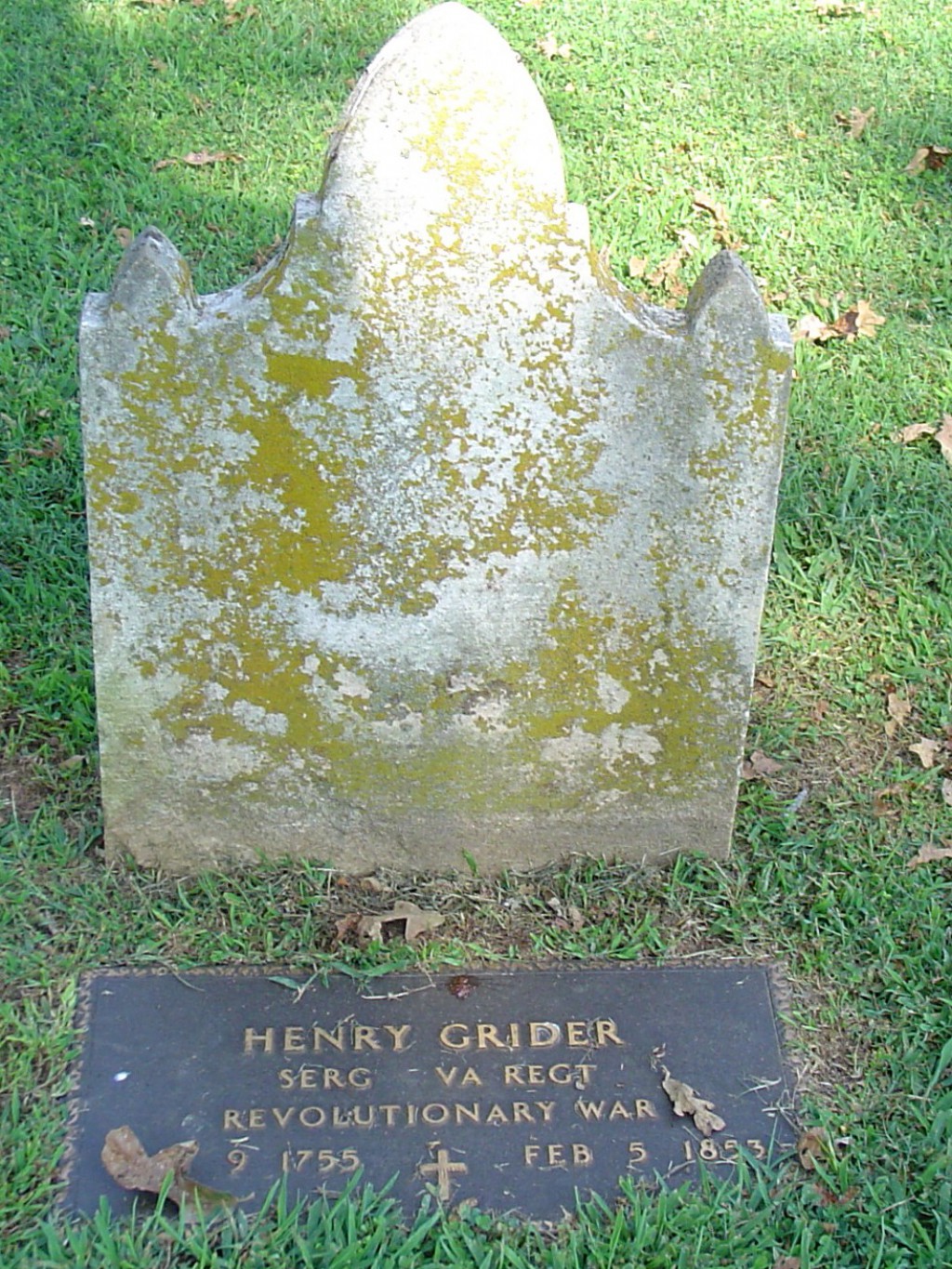 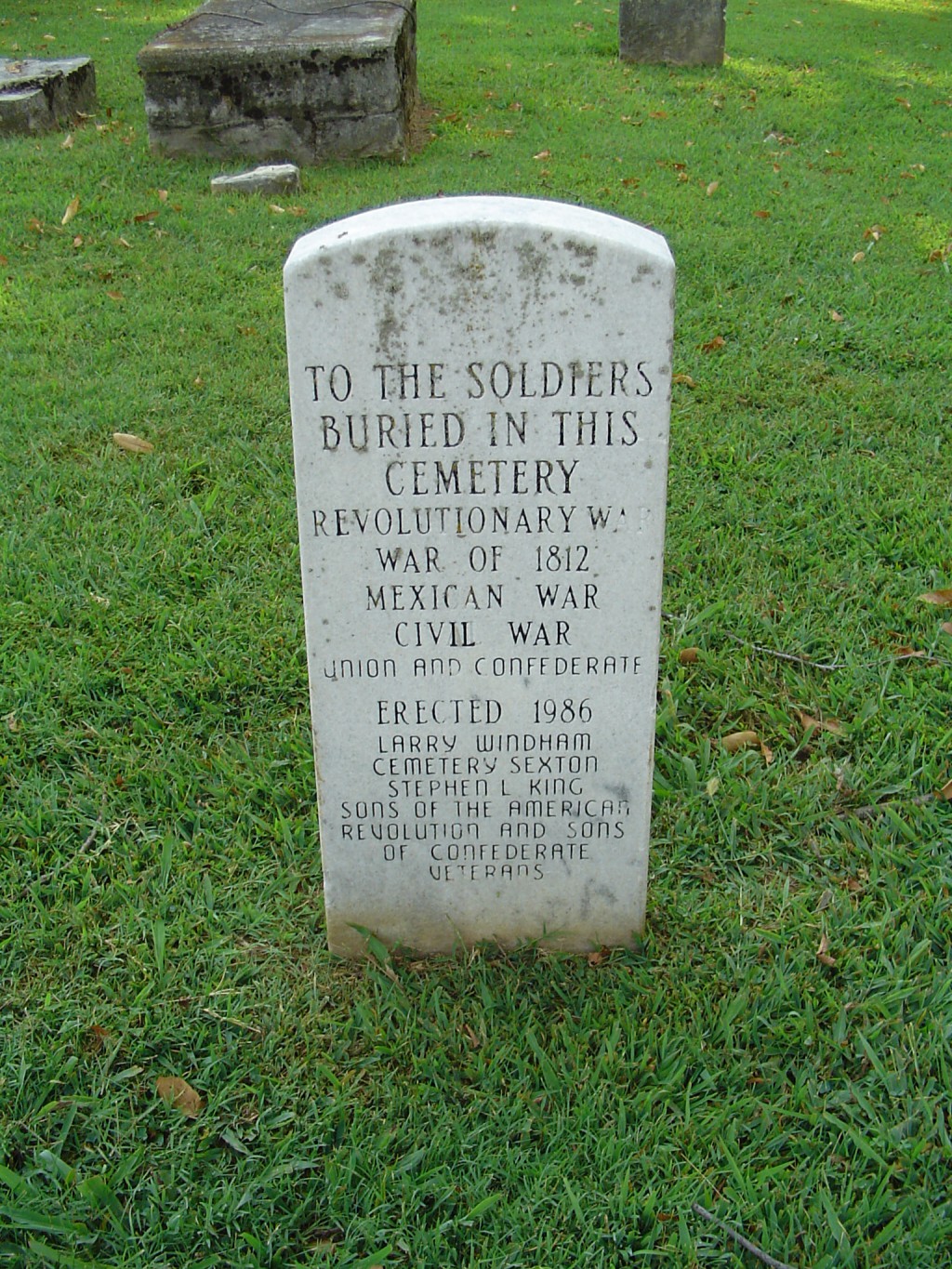