Bowling Green is a City Manager form of government as constituted under Kentucky Revised Statute 83A.150. All of the power of the executive and legislative branch are vested in the Board of Commissioners (all judicial functions are under the jurisdiction of state government). The Board of Commissioners (Board) appoints a City Manager as the chief administrative officer, whose responsibility is to carry out the decisions of the Board and manage the day-to-day operations of the City. 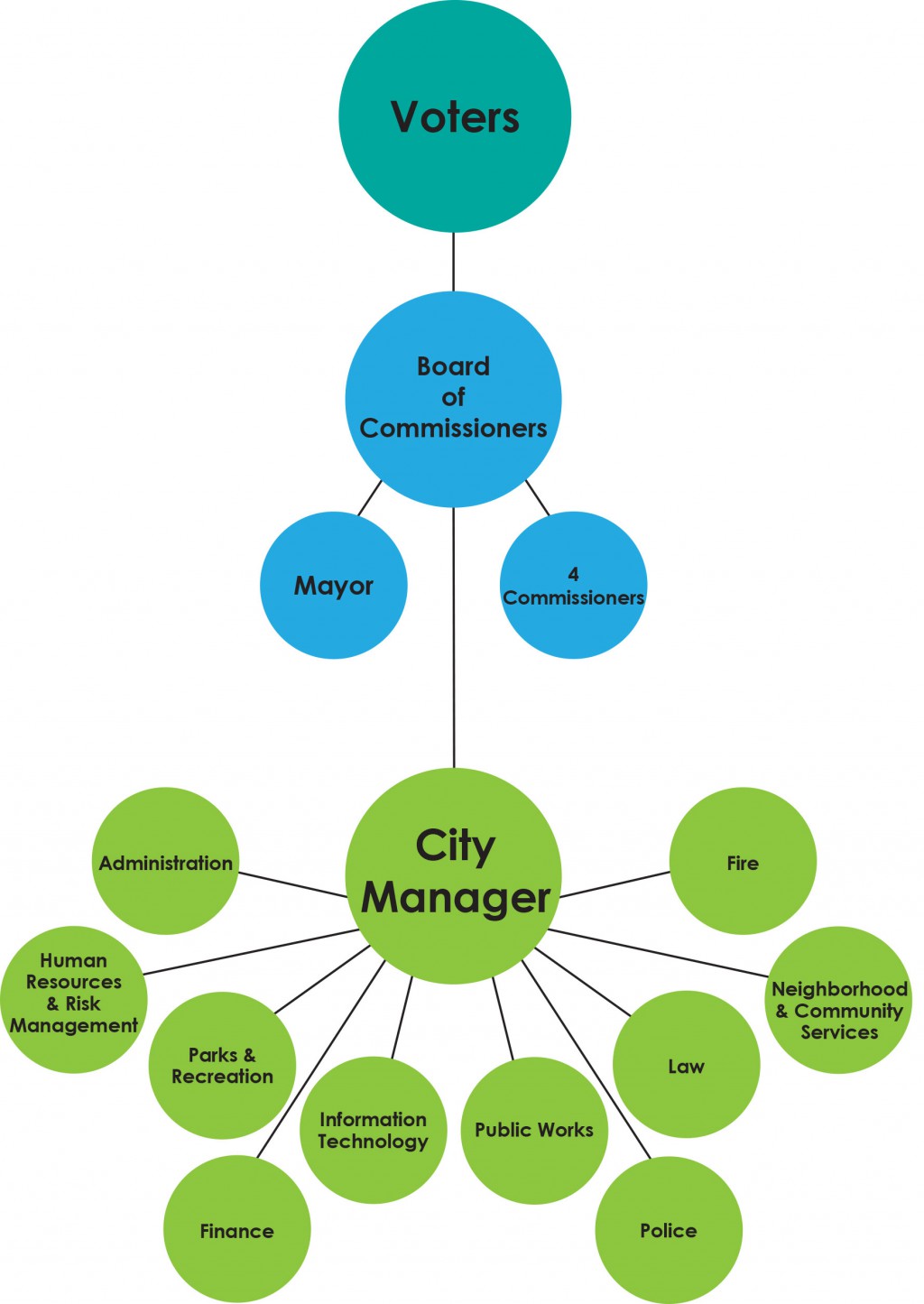 The Commissioners serve two year terms while the Mayor serves a four year term. The Mayor has the statutory responsibility to preside at Board meetings, recommend appointments to designated boards, and is the signatory of authorized documents on behalf of the City.

Meetings are open to the public. They are broadcast live on the local government cable access Channel 4 and streamed live on the internet through the City website.