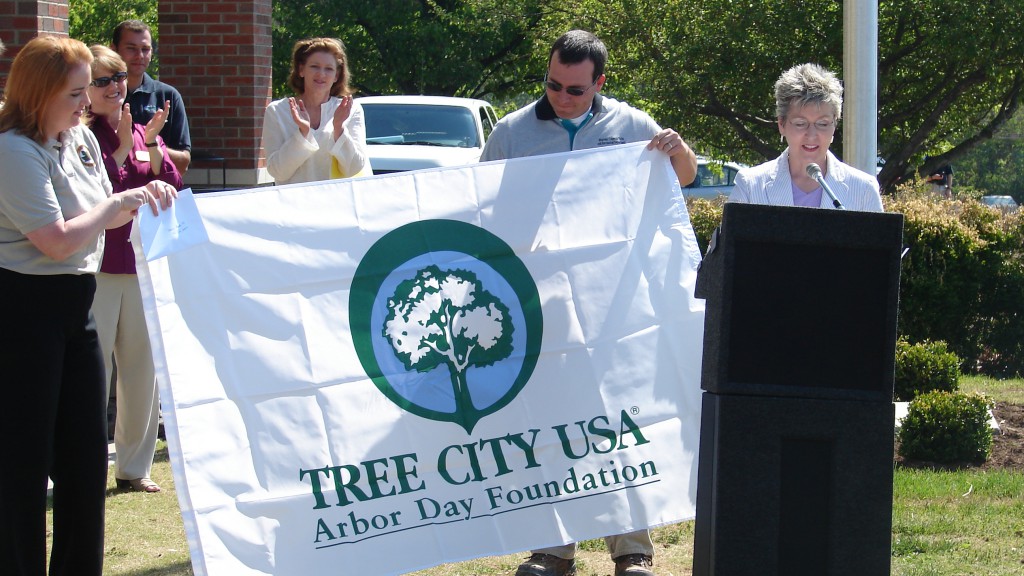 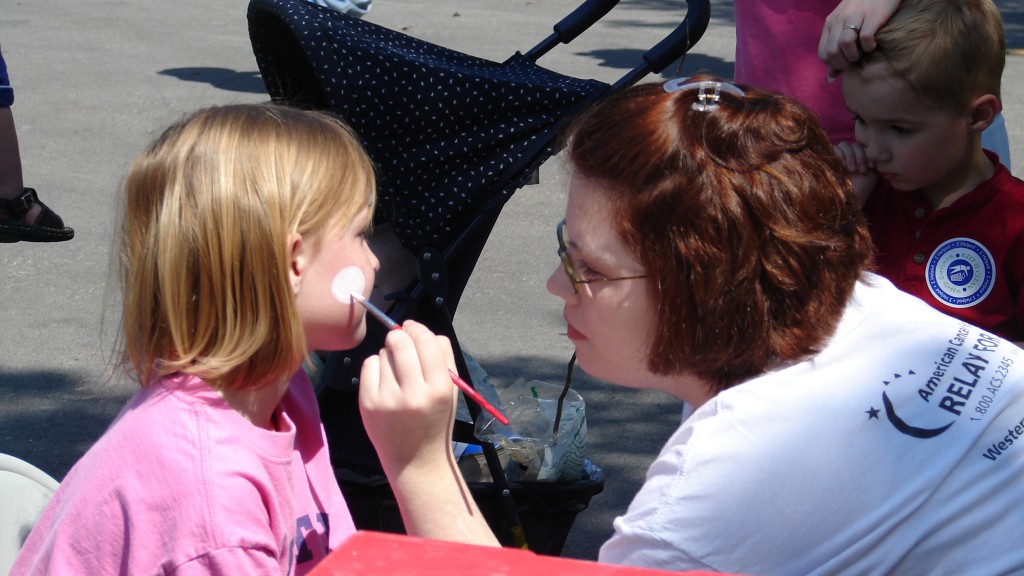 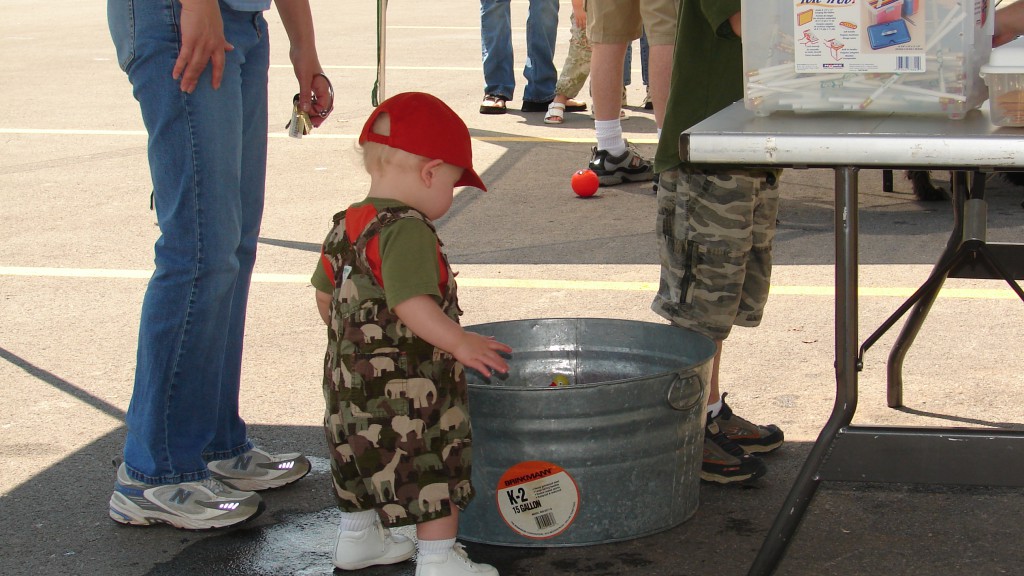 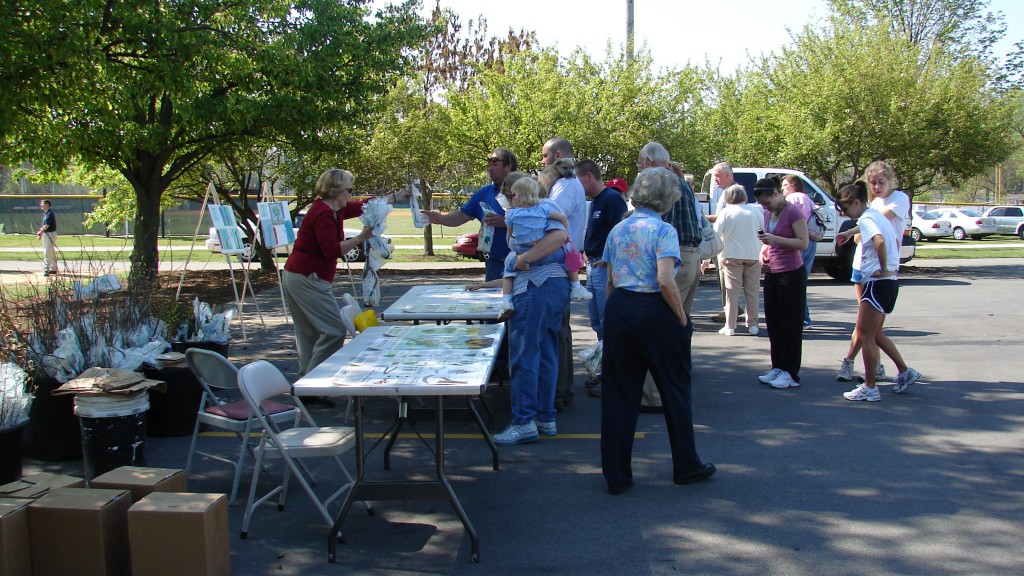 The Bowling Green Tree Advisory Board would like to thank our partners, sponsors, volunteers, and everyone who plants a tree!

What is Arbor Day?

Arbor Day is a celebration of trees and what they do for us. The Community Tree Advisory Board organizes this celebration every year to help make the public aware of how trees benefit us. We encourage everyone to spend time among trees and learn about proper tree care and planting.

We try to make this day more than just an opportunity to educate the public. We want everyone to enjoy themselves as well as learn. There are activities for children and adults such as a bicycle rodeo, inflatables, face painting, drawings for prizes, educational materials, and of course FREE TREES for everyone! Spending time outdoors in green spaces is a great way to relax and have fun.

We invite different organizations from our community to participate in our celebration because many of the things we do in our daily lives effect trees or are affected by trees. The ‘Keep it Clean Bowling Green’ campaign encourages us to keep our environment free of litter which helps keep our drinking water clean. Trees also help clean our drinking water by filtering pollution from the air and reducing storm water runoff.

‘Safe Routes to School’ and the Greenways Commission encourage safe and healthy lifestyles by creating safe ways for us to exercise and to travel within the city without causing additional pollution. When planted in the right places trees can shade our routes from the summer heat, create a calming barrier between vehicle and pedestrian traffic and make your commute more enjoyable.

Bowling Green Municipal Utilities must keep trees trimmed away from utility lines to maintain safe and reliable service to our community. We must work with them to keep our trees near power lines safe and healthy. Their commitment to being a Tree Line USA has shown that they care about our trees too.

The History of Arbor Day

The idea for Arbor Day originally came from Nebraska. A visit to Nebraska today wouldn't disclose that the state was once a treeless plain. Yet it was the lack of trees there that led to the founding of Arbor Day in the 1800s.

Among pioneers moving into the Nebraska Territory in 1854 was J. Sterling Morton from Detroit. He and his wife were lovers of nature, and the home they established in Nebraska was quickly planted with trees, shrubs and flowers. .

Morton was a journalist and soon became editor of Nebraska's first newspaper. Given that forum, he spread agricultural information and his enthusiasm for trees to an equally enthusiastic audience.

His fellow pioneers missed their trees. But, more importantly, trees were needed as windbreaks to keep soil in place, for fuel and building materials, and for shade from the hot sun.

Morton not only advocated tree planting by individuals in his articles and editorials, but he also encouraged civic organizations and groups to join in. His prominence in the area increased, and he became secretary of the Nebraska Territory, which provided another opportunity to stress the value of trees.

On January 4, 1872, Morton first proposed a tree-planting holiday to be called "Arbor Day" at a meeting of the State Board of Agriculture. The date was set for April 10, 1872. Prizes were offered to counties and individuals for planting properly the largest number of trees on that day. It was estimated that more than one million trees were planted in Nebraska on the first Arbor Day.

Arbor Day was officially proclaimed by the young state's Gov. Robert W. Furnas on March 12, 1874, and the day itself was observed April 10, 1874. In 1885, Arbor Day was named a legal holiday in Nebraska and April 22, Morton's birthday, was selected as the date for its permanent observance.

According to accounts from the Nebraska City News, April 1885, the City celebrated Arbor Day with a grand parade and a speech by J. Sterling Morton. Students of different grades met at their respective school rooms in the morning for the purpose of planting at least one tree. Each tree that was planted was labeled with the grade, the time planted, and was to be specially cared for by that grade.

When the plantings were completed, 1000 students formed a line to begin the parade from the various schools to Nebraska City's opera house. In the parade, each class carried colorful banners made of satin with silk lining and trimmed with gold fringe. The letters on the banners were painted in oil colors. By the time the parade reached the opera house the throng numbered well over the 1000 as townspeople joined the march. Every available foot of space in the opera house was occupied, the students having the front seats and gallery while the older persons stood. At 11:00, the throng of celebrants was addressed by the founder of Arbor Day, J. Sterling Morton.

Mr. Morton was listened to with much attention, and loudly applauded at the close of his address. At the conclusion of the ceremonies, the students sang "America," and the large audience was dismissed.

This ended the first celebration of Arbor Day as a legal holiday, and, as reported by the newspaper, "... to say that it was a complete success but faintly expresses it. A celebration of this kind results in good to all, and is worthy of imitation by every school in the state." During the 1870s, other states passed legislation to observe Arbor Day, and the tradition began in schools nationwide in 1882. Today the most common date for the state observances is the last Friday in April, and several U.S. presidents have proclaimed a national Arbor Day on that date. But a number of state Arbor Days are at other times to coincide with the best tree planting weather, from January and February in the south to May in the far north.

Arbor Day has now spread beyond the United States and is observed in many countries of the world.