Tree Topping is one of the most destructive and unnecessary techniques practiced today. There are many alternative pruning methods when the size and shape of a tree needs to be controlled. With a little care and skill this can be done without ruining the tree's beauty and usefulness. Contact a qualified arborist, preferably an ISA certified arborist.

Why NOT to Top - Eight Good Reasons

Good pruning practices rarely remove more than ¼ to 1/3 of the crown. Removing more would seriously interfere with the ability of a tree’s leafy crown to manufacture food. Topping removes so much of the crown that it upsets an older tree’s well-developed crown-to-root ratio and temporarily cuts off its food-making ability.

A tree's crown is like an umbrella that shields much of the tree from the direct rays of the sun. By suddenly removing this protection, the remaining bark tissue is so exposed that scalding may result. There may also be a dramatic effect on neighboring trees and shrubs. If these thrive in the shade and the shade is removed then poor health or death may result.

The large stubs of a topped tree have a difficult time forming calluses. The terminal location of these cuts, as well as their large diameter, prevents the tree’s chemically based natural defense system from doing its job. The stubs are highly vulnerable to insect invasion and the spores of decay fungi. If decay is already present in the limb, opening the limb will speed the spread of the disease.

At best, the wood of a new limb that sprouts after a branch is topped is more weakly attached than a limb which develops normally. If rot exists or develops at the severed end of the limb, the sprouts weight makes a bad situation even worse.

The goal of topping is usually to control the height and spread of a tree. Actually, it has just the opposite effect. The resulting sprouts (often called water sprouts) are far more numerous than normal new growth, and they elongate so rapidly that the tree returns to its original height in a very short time - and with a far denser crown.

Some older trees are less tolerant to topping than others. Beeches, for example, do not sprout readily after severe pruning, and the reduced foliage can lead to the death of the tree.

A topped tree is a disfigured tree. Even with its re-growth it never regains the grace and character of its species. The bare branches will be seen during the winter when the leaves fall. Natural branching creates much nicer views during this time of the year. The landscape and the community are robbed of a valuable asset.

To a worker with a saw, topping a tree is much easier than applying the skill and judgment of good pruning. Therefore, topping may cost less in the short run. However, the true costs of topping are hipen. These include: reduced property value, the expense of removal and replacement when the tree dies, the loss of other trees and shrubs if they succumb to changed light conditions, the risk of liability from weakened branches, and increased future maintenance. 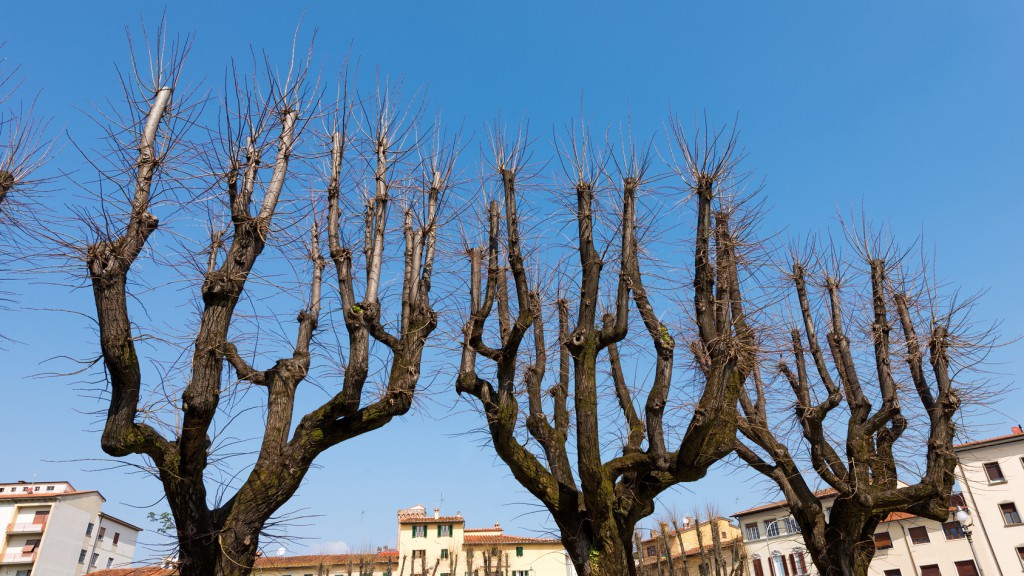 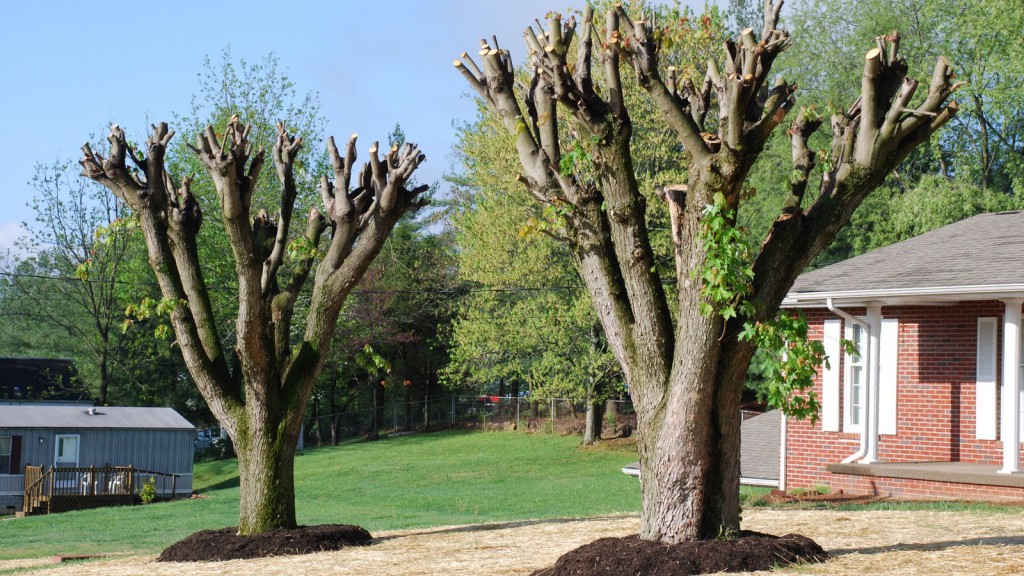 If the height of the tree must be reduced, all cuts should be made to the strong laterals or the parent limb. Do not cut limbs back to stubs or to laterals not large enough to assume apical dominance.

To find a qualified arborist, please visit the "Trees Are Good" website.