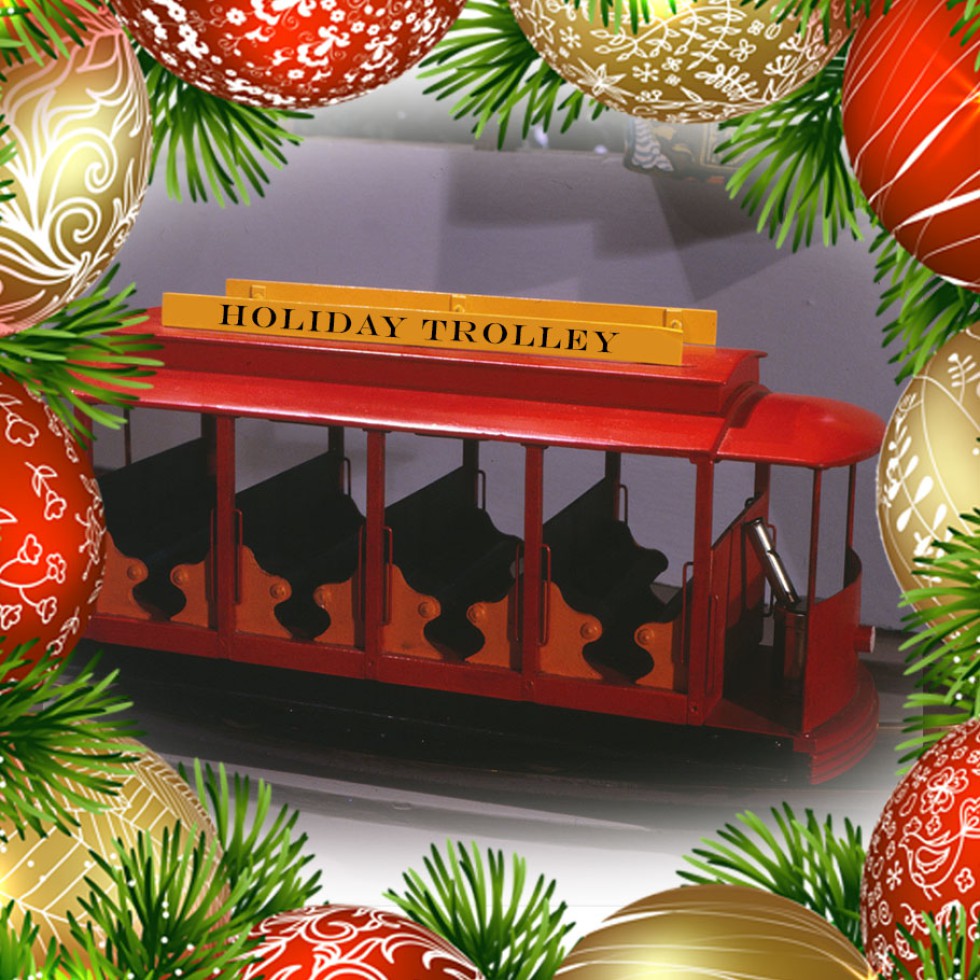 For the first time ever during Downtown Lights Up, a holiday trolley will be making a continuous loop downtown between 5 p.m. and 8 p.m. stopping at Park Row and State Street, Sixth Avenue and College Street and on Seventh Avenue between the downtown parking garage and Soky Ice Rink.

BOWLING GREEN, Ky. – There’s a trolley rolling into downtown Bowling Green Friday where a variety of holiday and other activities await visitors.

Your elected officials and city employees would love to meet you during Christmas on College Street between 3:30 p.m. to 5:30 p.m. Friday. Goody bags with treats, Christmas ornaments, and city calendars will be given to the first 500 people who visit the front lawn of City Hall.

At 5:30, everyone from City Hall will head down to Fountain Square Park where Mayor Todd Alcott will deliver a holiday greeting at 6 p.m. before turning on the lights in both Fountain Square Park and Circus Square Park during Downtown Lights Up. As soon as the parks start to twinkle with the glow of thousands of holiday lights, Santa will arrive in style in a Bowling Green Fire Department historic truck. Many of the downtown merchants will remain open.

Santa will be available for photos with children and those who are young at heart. For kiddos who aren’t too sure about the Jolly Old Elf, a giant snowglobe will be set up in Circus Square Park for a perfect Instagramable photo op. There will also be a variety of children’s activities at Circus Square Park and food trucks set up in front of The SKyPAC.

For the first time ever during Downtown Lights Up, a holiday trolley will be making a continuous loop downtown between 5 p.m. and 8 p.m. stopping at Park Row and State Street, Sixth Avenue and College Street and on Seventh Avenue between the downtown parking garage and Soky Ice Rink. Anyone downtown can hop on or off of the trolley at any of the three stops.

For children interested in a miniature train ride, the Historic Railpark & Train Museum will be operating Little Toot on College Street between Sixth and Seventh Avenues.

Also on Friday night, Soky Marketplace is hosting Mistletoe Market inside the Historic Venue on Seventh and offering a movie, The Muppet Christmas Carol, outside in the amphitheater on the green behind the Venue on Seventh.

Several businesses are participating in a gallery hop from 5 p.m. to 8 p.m. Friday. For information about the gallery hop and the venues visit bggalleryhop.com.

Saturday morning, downtown will once again be the place to go for fun for the annual Jaycees Christmas Parade that begins at 9:30 a.m.