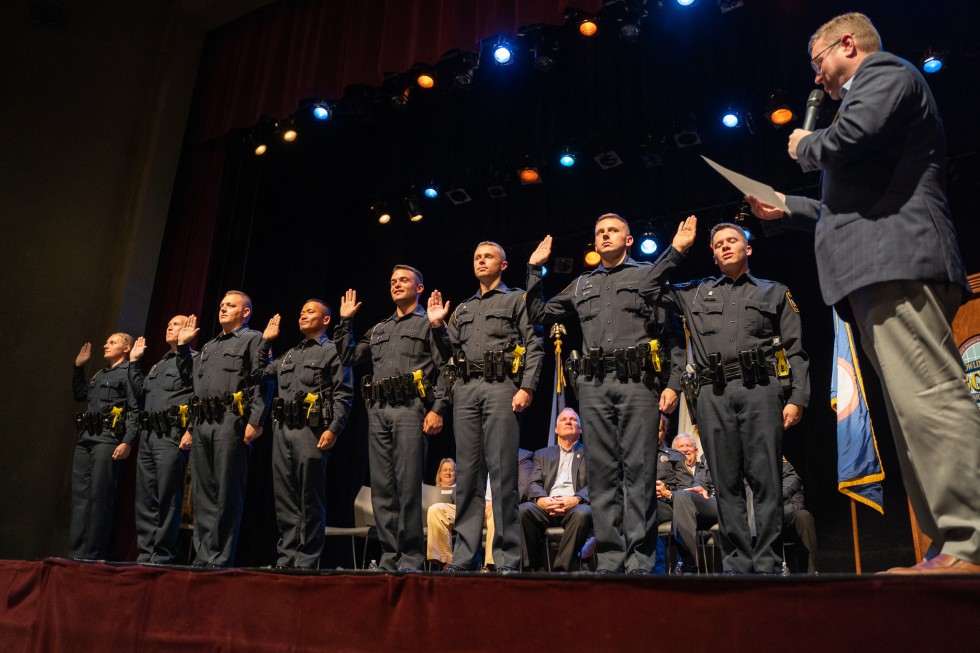 This is the third class to graduate from the City’s academy.

Today's ceremony began with a procession from the police department to The Capitol Arts Center where each officer took the oath of office and had a family member pin their badge to their uniform for the first time.

Officer Brandon Hughes is the fourth member of the Hughes family to join the department. He is the son of Detective Wade Hughes, the nephew of Major Josh Hughes and the brother of Advanced Police Officer Matt Hughes.